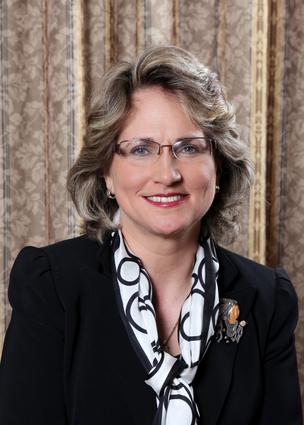 Mary Beth Fisk has more than 30 years’ experience in the nonprofit sector as a visionary, executive, clinical research scientist, and community builder. As the former president and chief operating officer of South Texas’ largest blood, tissue, and cellular therapy center, Mary Beth initiated and implemented meaningful programs that still stand today, including Gencure (a cellular therapy & tissue engineering program involving umbilical-cord). Over the years, Mary Beth founded and directed a nonprofit foundation, developed an international tissue donor bank, and was an active instrument in shepherding new legislation for medical needs at both the state and national level, as well as authored numerous scientific and peer-reviewed journal articles.

An active volunteer, Mary Beth was elected to The Ecumenical Center’s Board of Directors and served as its treasurer, as well as serving on several influential local and national boards. In 2009, and again in 2012, she was named a Health Care Hero in the areas of innovation and administrative excellence, respectfully, by the San Antonio Business Journal.

Service to military personnel and veterans, as well as their families, is important to Mary Beth. She proudly serves the Military Veterans Community Council (MVCC) as both an inaugural Board Member and as Co-chair of the Health Solutions Team. She is also an active Member of the San Antonio Chamber of Commerce Public Affairs Council Legislation Committee and a Team Lead for the Texas Information Transition Program (TX TIP).