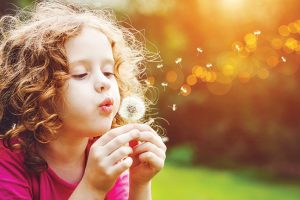 Our news room is a convenient virtual source for easy access to stories written by and about The Ecumenical Center. It also provides resources for reporters who are working stories about The Center, our programs and services, counseling and related issues.

The Return of Camp Wellness!

Last year, The Center hosted a virtual Camp Wellness. While the event was still a fun, enriching, and educational experience for the kids, its impact was unavoidably diminished by the … Continued

The Center was honored to host internationally recognized author, speaker and trainer Becky Haas at our educational ethics workshop on September 2, 2021. A record-breaking 375 people registered across multiple … Continued

A goalpost we’ve had our sights on ever since The Center became the Trauma Informed Care (TIC) certifying body in Bexar County has been awarding our first Level 1 certification. … Continued

Youth Are Not Alone

As young students navigate issues like anxiety, bullying, family problems, depression and substance abuse, it’s all too common for them to feel like they’re facing these battles alone. The familiarity … Continued

While the Center is always looking for South Texas communities that need our help, we are well aware of the underserved needs right here in San Antonio. We are proud … Continued

The Ecumenical Center has provided trauma-specific services since our founding in 1967. We have always recognized the prevalence of trauma and its deep impact on brain development and overall health. … Continued

Behavioral health is becoming The Center’s new focus as we continue to certify organizations as trauma-informed and launch The Center for Young Minds in 2021. Both of these projects are … Continued

The Center’s Behavioral Health Masterclass Series aims to equip our communities with the knowledge they need to address behavioral and mental health concerns. We already kicked off the series on … Continued

No one could have guessed that COVID-19 would upend life as knew it in March 2020. But we at The Center did realize that the distancing and isolation orders would … Continued

Recognizing Those Who Make The Center Great.

Pain that’s under the surface, but still very real.

Join us in honoring those who served.

The lives of Tom and Yona McNish are a perfect example of hope and gratitude conquering adversity to bring new life.

At The Center, James has applied his learning and research to bring healing to others. His counseling has greatly benefitted those struggling with grief, trauma, anxiety and depression.

Mr. Charles W. Robinson III, a Chartered Financial Analyst and founder of Robinson Value Management, Ltd., has been involved with The Center since the early 1990’s.

Exciting Growth at The Center

Recognizing those who make The Center great.

The symptoms can be overwhelming, but you can fight them.

Turning the holidays into a time of healing.

The Center prides itself in being one of the first providers of the groundbreaking traumatic brain injury treatment known as Neurofeedback in San Antonio.

Helping those who have survived tragedy

At the Ecumenical Center, we are always looking for individuals and communities that need our help.

The Ecumenical Center was the recipient of a special grant for their ongoing work in Sutherland Springs.

New Chairman of the Operating Board Nancy Torgerson on The Center’s goal of bringing health, healing, and hope to the community.

Pieces from our Art Heals Hearts exhibit will be for sale through April 2018.

The Ecumenical Center, the center for hope, healing, and health in San Antonio and South Texas, now offers a new, state of the art online telemedicine service.

Ron retired in September 2016 as a Senior Vice President-Investment Officer from Wells Fargo Advisors after a 43-year career. This was the only career he had as an adult. … Continued

The Center aids in recovery efforts after the tragedy at First Baptist Church. Sunday, November 5 marked a horrific day for Sutherland Springs, Texas and the surrounding communities. Over 25 … Continued

The Center celebrates its 50th Anniversary, Art Heals Hearts, the opening of the Seeds of Hope Garden, and Veterans Day. November was a month of celebration at The Center. Not … Continued

Grief and the Holidays

A Difficult Time When Dealing With Loss. After the loss of a loved one, the holidays can be one of the most difficult times for grief. But The Center is … Continued

A Grant from the San Antonio Junior Forum

September was National Traumatic Brain Injury Awareness Month. The Center prides itself in being one of the first providers of the groundbreaking traumatic brain injury treatment known as Neurofeedback in … Continued

Upcoming Events at The Center. 2017 marks The Center’s 50th anniversary of providing health, healing, and hope to San Antonio. To commemorate this occasion, we will be celebrating our 50th … Continued

Learn more about Board Members Dr. Kelley and Mr. Pat Frost. The adage that “all health is mental health” applies to Ecumenical Center advocates and past board chairs Dr. Kelley … Continued

Thomas Preininger, LCSW, M.Dlv., Psychotherapist and Licensed Clinical Social Worker Tom, an ordained Catholic priest, has been with The Center for over six years and currently serves as a psychotherapist. … Continued

The Seeds of Hope Garden Update

The construction of The Seeds of Hope Garden is well underway, and we’re still slated for completion on November 1. Join us at The Center for our opening ceremony, and … Continued

Camp Wellness Comes to The Center

On July 25 and 26, The Center hosted Camp Wellness, a new program for students 5 – 15 years of age. Over 30 campers participated in the event, making it … Continued

Construction of the Seeds of Hope Garden is underway!

Construction is officially underway! Once complete, the gardens will offer a peaceful, tranquil setting for therapeutic healing, prayer and meditation for generations to come. The area will be used for … Continued

When I first came to The Ecumenical Center, I was extremely isolated – and I’d been that way for a very long time. It was mainly from grieving and not being able to handle it.

Remembering Those Who Made The Ultimate Sacrifice

Since 1967, The Ecumenical Center has been proud to provide hope and healing through counseling, education, and mental health services to those who have served our country.

A Message from the Executive Director

With the passing of Memorial Day, I wanted to take a moment to personally show my gratitude to those who have given the ultimate sacrifice to preserve our freedom.

May was Mental Health Awareness Month

This is a subject that is near and dear to us at The Center, as the majority of our work focuses around those who suffer from mental illness.

Taking a closer look at our distinguished board members.

Our unique combination of children’s therapy services are some of the best in San Antonio. The Center’s Registered Play Therapists are exceptionally experienced in helping children deal with a variety of issues including depression, anxiety, anger, addiction, family conflicts and more.

On February 28th, we hosted U.S. veteran Kris “Tanto” Paronto at The Center. He not only spoke about the events that inspired his book, 13 Hours, but also how his experience in the military helped him come closer to his faith.

New Meditation Gardens Set to Break Ground on May 9.

We are excited to announce the groundbreaking of our new meditation gardens. The gardens will offer a peaceful, tranquil setting for therapeutic healing, prayer and meditation. The area will be used for children’s play therapy and counseling for both adults and children.

Chuck and Yoli Anderson’s exposure to the expanding role of counseling, education and mental health services to our community led to their acceptance of chairing, as a couple, The Center’s Foundation Board.

50th Anniversary of The Center

Finding New Ways to Serve Those Who’ve Served Us

At The Center, we’ve always had a special place in our hearts for those who’ve worn our country’s uniform. And we’ve backed it up with a wide range of programs … Continued

One Successful Chaplain Program Leads to Another

The Center’s new chaplain training program is really taking off. It started when we successfully launched the Chaplains for Justice program last year. That program centers on training and support … Continued

Frank Emmett has spent the last five years at The Ecumenical Center, but he’s spent most of his life helping people discover the power, joy and goodness within themselves. With … Continued

Our 3rd Annual Art Heals Hearts Exhibit opens on September 11. A few of our amazing folks joined the staff at Great Day SA to share a little therapeutic drumming … Continued

Barbara Coloroso says the key to deterring bullying is to starve the bully of the status he or she receives by the act of bullying, and that means empowering all … Continued

Thanks to you, the Center did some pretty amazing things in 2013. Catch a look at our year in review.

Healing Power of Art By Jessica Belasco Published Sep. 8, 2017 on www.mysa.com; Updated Sep. 29, 2017 “Art Heals Hearts” is an exhibit of works created by people who have … Continued